We have a world of technology at our ngertips, but is it actually leading to stronger, more agile organizations? How do these new tools serve as the catalysts for more productivity and greater executions of companies’ larger marketplace ambitions? In a recent webinar, “Accelerating Innovation in HR to Drive Business Value,” Josh Bersin, John Sumser, and Jason Corsello discussed ve tech trends that are making big splashes in HR; read on to learn how you can expand HR’s role in boosting company success!

New technologies are capturing personal and professional data, and they’re having a tremendous effect on streamlining and simplifying operations. Want to increase the effectiveness of meetings? Could your goal-setting initiatives lead to more growth? Software and mobile-friendly apps can help on both. Blending this digital evolution into your overall workforce planning initiatives will increase ef ciency, lead to stronger performance analysis, and more meaningful predictive/ prescriptive data.

These technologies often fall under the umbrella trend of behavioral economics. Facilitating a more analytical approach to operational ef ciency leads to an increase in apps that teach and even re ne themselves according to users’ behaviors. They can even help offload and simplify work for your team. Apps that analyze weather and traf c patterns, for example, can help companies decide (and even automate) optimal times for travel, shipping, etc. The end result of these new technologies is breaking down the HR silo and helping that department become a bigger driver of the company.

Yearly performance reviews, once a staple of corporate life, are now looked down on. The new trend is leveraging real-time collaboration tools that focus on measuring employee agility and overall team dynamics; these are measured against, and reflect, the evolving goals of workers and companies.

Companies are prioritizing continuous feedback as a way to gage worker effectiveness. Also, another growing trend is to evaluate the performance of managers from a leadership perspective (as opposed to their daily tasks). The software to analyze all this is young, but is maturing every day.

Studying and prioritizing engagement grew in popularity in the 1990s when workers were classi ed as at-will employees. This made it easier to let go of employees, but it was a knife that cut both ways. While companies could more easily reduce their head count in tough times, employees were inspired to gure out what made them happy and motivated. This led to companies trying to de ne and build their own culture as
a way of inspiring worker productivity by making their jobs feel less like work. The result was more proactive recruiting of workers who ‘ t the mold,’ investments in stronger workforce management tools, and supportive of ce cultures that empowered employees to contribute in newer, more creative ways.

One example is the flattening of hierarchies. Employees who have The Next Big Idea are more inspired to create and share when they are the ones who can pitch it and take ownership of it. Another engagement strategy is making performance management a continuous process that delivers real-time feedback, rather than waiting until the end of the year, to ensure that the evolving mutual goals of workers and companies are more easily met.

Predictive analytics helps companies make smarter, more-data driven decision on everything from recruiting to business strategy, but this growing science is not without its challenges. Reviewing a candidate’s work history, for example, may be too small of a sample size to draw meaningful conclusions. Also, analytics can sometimes create bias and affect how a new hire is treated. If they’re hired, despite a history of short job tenures, stakeholders may be less inclined to give them a long term project since the analytics says they may not stick around for the completion of it. This would prevent that employee from building their competencies.

To better leverage the capabilities of predictive analytics, create a multi-disciplinary team that not only collects and interprets data, but also works with company leadership to gure out how they can address the results in a way that drives productivity and leads to stronger bottom line performance. Invest in a more mature set of analytics tools,
and look for one that is close to being ready “out of the box.” You don’t want a tool that requires an immediate series of upgrades and patches before it works.

While these aren’t trends, per se, the technologies previously discussed should be used to build an environment that prioritizes both elements. Diversity challenges peoples’ thinking, while inclusiveness of ideas and backgrounds should be one aspect of your overall culture. The best-performing companies score very high on both metrics because employees can feel comfortable with who they are, which fosters openness, productive exchanges of meaningful ideas, and most importantly, innovation. The end result is increased agility in responding to marketplace demands, and high levels of employee engagement because they know their contributions will be taken seriously.

New tech trends are disrupting HR processes and giving those leaders a bigger role in the overall company. Welcoming the digital transformation allows companies to get more real-time data on everything from workforce management
to operational decisions. Software developments are leading to more meaningful feedback and the continuous management of goals and career growth. Engagement is becoming not just a part of culture, but also a strategy for driving innovation and productivity. Predictive analytics is a growing solution for making more in-depth, data-focused decisions. Diversity and inclusion are leading to more exchanging of ideas in the workplace.

Listen to the Webinar : http://go.cornerstoneondemand.com/Accelerating-Innovation_LP.html 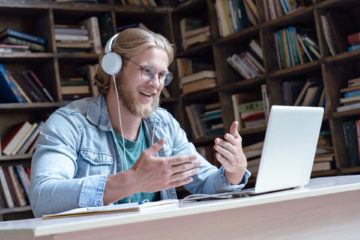 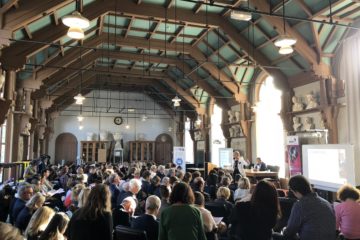